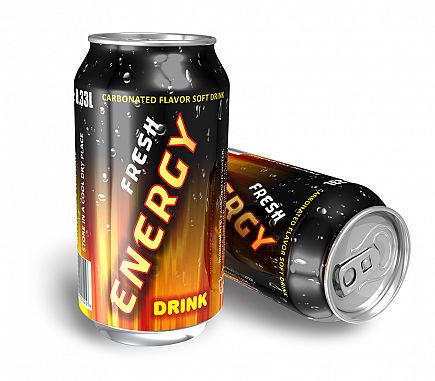 Energy drinks are widely consumed in the UK, with many people using them to get a quick energy boost. However, the effects are only short lived, and can cause health problems if consumed in large amounts.

What counts as an energy drink?

An energy drink is “A soft drink containing a large amount of sugar, caffeine, or another stimulant, that is intended to boost energy levels”. Many of the risks below are related to the large amounts of caffeine and / or sugar content of these drinks.

Caffeine: “A chemical, for example found in tea, coffee, this is a stimulant”

Stimulant: “A substance that makes the mind and / or body more active”

Within the UK two-thirds (68%) of young people surveyed had consumed an energy drink in the past year (2015). 13% of those said they were chronic consumers, consuming energy drinks around 4-5 times a week or more, however there are many risks associated with these drinks:

Caffeine is widely consumed and is found in lots of different products, such as coffee, tea, energy drinks, sports drinks and cola.

Caffeine may have negative effects when consumed in high amounts.

How much caffeine is safe?

The European Food Safety Authority (EFSA) suggests that drinking up to 400mg of caffeine (about 5mg/kg bw for a 70-kg adult) a day does not raise safety concerns. For example an adult could drink two mugs of coffee, a can of cola and a can of Monster Energy and be within their limit. However, if they drank three mugs of coffee, two cans of cola and two cans of red bull they would be over their limit.

Caffeine intake for children will be much lower. For a 10 year old child weighing around 30kg the suggested maximum caffeine intake is 90g a day, as they are less tolerant to caffeine. Therefore; drinking one 500ml can of Monster Energy would put them over their limit.

The high amounts of sugar in energy drinks can also have an impact on your health.

The recommended daily allowance for sugar is;

To help meet the recommended target for sugar, sugary foods and drinks should not be a regular part of your daily diet. Just one small energy drink (can) contains on average 30g of sugar, which for all ages means your recommended daily allowance of sugar can be consumed from just one energy drink.

Consuming high amounts of sugar can contribute to;

Mixing energy drinks and alcohol together can be very dangerous. Alcohol is a depressant, which means your brain’s function slows down. When high amounts of alcohol are drunk, words may begin to slur, reflexes become much slower and feelings of sleepiness occur. However the caffeine within energy drinks acts as a stimulant, producing the chemical adrenaline within your body, making you feel more alert.

When the two are mixed together, the effects of the stimulant from the caffeine are stronger, which;

What to drink instead of energy drinks

Ideally you should drink plain water; this will satisfy your thirst and keep you hydrated. For a quick and healthier energy boost try snacking on fruits and / or seeds and nuts. You could also make fruit smoothies satisfying both your thirst and energy needs, (making your own smoothies will count towards your 5 a day, and will contain less sugar than a shop bought one).